How much did the Modi government buy from MSP?

Minimum support prices: The Modi government overshadowed Congress by buying crops from farmers, understanding from the figures how much the scope of the MSP has increased, for what crop, how much money farmers have earned so far. Along with the full history of the minimum support price.

After the withdrawal of the three agricultural laws, the peasant movement ended, but the struggle between farmers and the government continues for minimum MSP support prices. In the coming days, the farmers’ organization and the government may come face to face with the legal guarantee of MSP. Despite the government’s request to set up a committee to guarantee the MSP, United Kisan Morcha has not given the name of any of its experts to the government. In the meantime, it is very important for farmers and the public to know if the BJP-led Modi government is ahead or behind the Congress-led Manmohan Singh government to give MSP. If he advances, how much has he given in exchange for buying the crops of the farmers during his tenure so far.

Whether it is the protesting peasants or the opposition leaders … they have all expressed their apprehension that the Modi government wants to end the minimum price support system. But is this apprehension true or is it politically motivated? This must be seen in the light of the statistics.

The truth is that the Modi government has set a new record for giving MSPs. In the form of MSP, farmers have received so much money that no government would have imagined it before. According to a report we received from the Ministry of Agriculture, farmers received 4.60.528 billion rupees as MSP from 2009 to 2014. While, after the arrival of the Modi government, it increased a lot. From 2014 to March 2022, about 14.25 million rupees have been given to farmers as MSP.

The scope of MSP is constantly increasing

Those who were told that the MSP system will end, should be asked if the beneficiaries are declining? Has the amount received as an MMP been reduced? The truth is that in two years only 38.56 lakhs of MSP beneficiaries have increased. The scope of MSP increases every year. The number of farmers taking advantage of this is increasing. Every year there is a huge increase in the purchase of rice, wheat, oilseeds and legumes. If MSP’s legal guarantee is necessary, why is it too late to appoint the committee that is set up for this? 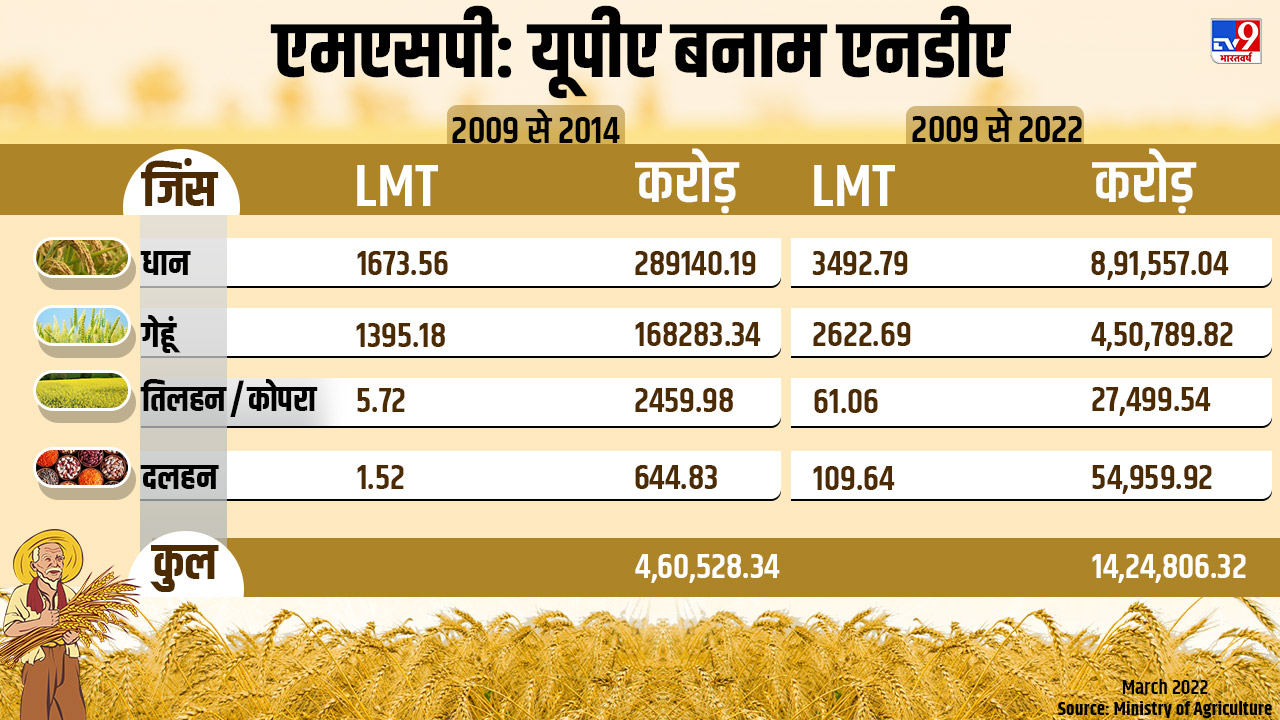 Can I stop buying at MSP?

The Modi government has kept agriculture and farmers above its agenda. That is why, for the first time, farmers receive aid to grow directly in their bank accounts. Farmers have been awarded the Padma Awards for the first time. Because the 14 million farmers are also a large voting bank, no government can take political risks by closing down MSP or reducing its scope.

Agriculture expert Binod Anand talks about something different from politics. He says the fear of ending the MSP has no basis. No government can stop buying MSP. There are also some technical reasons for this. We cannot outsource the food grains we need for food security. The government will have to buy it from the farmers themselves. Cheap cereals given to the poor through the Public Distribution System will also be bought from farmers. Public procurement is also needed to maintain a stock of depreciation in the event of an emergency.

how much the purchase increased 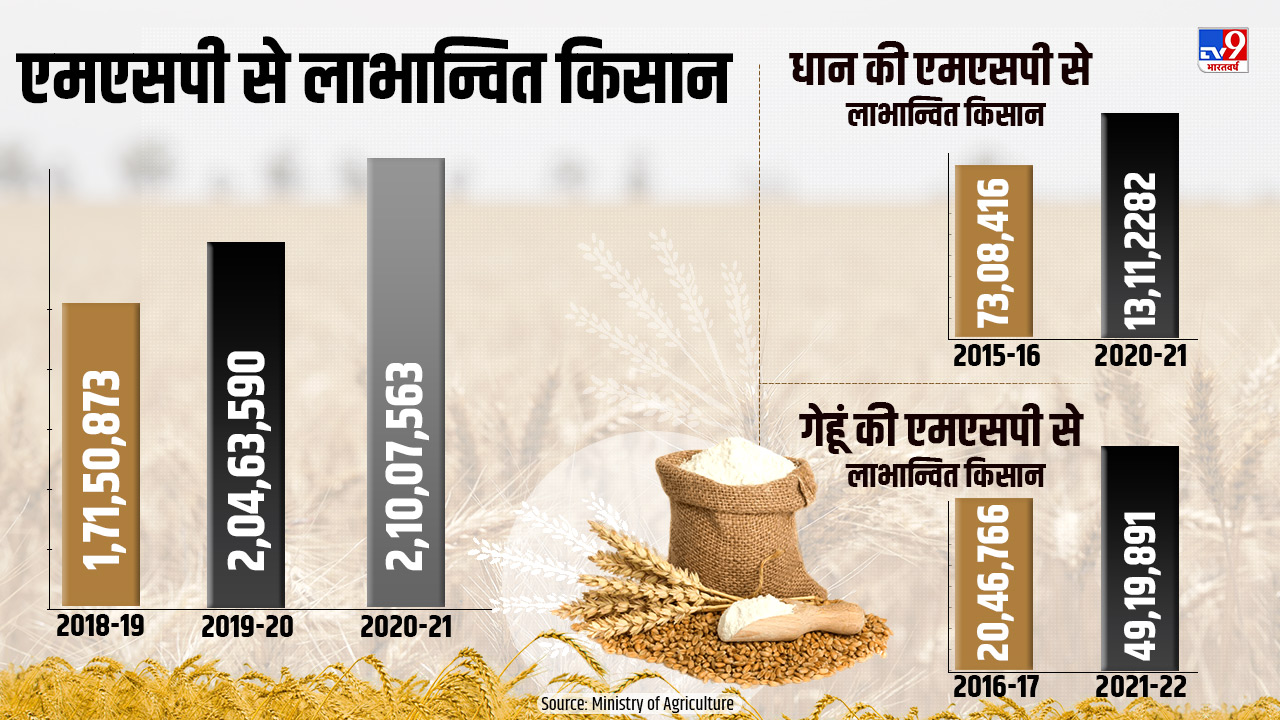 The government is currently fixing the MSP by adding a 50 per cent cost benefit. But the cost paid by the MSP is not based on the C-2 formula.


In which crops is MSP available?

President of the Rural and Agrarian India Network (RAIN), Prof. Sudhir Suthar says that before the Agriculture Act came along, the debate over MSP was whether the money was received according to the Swaminathan Committee or not. How much does the price increase? But after the introduction of the Agrarian Reform Act, the debate changed. After that, farmers began to feel that if there is no market, how will they get MSP. However, after the repeal of the three agricultural laws on November 19, 2021, the issue of the MSP guarantee has now come to the fore. The MSP system is for the government to give the fixed price to farmers despite falling market prices. After obtaining this guarantee, the life of the farmers will be easier.