New Delhi: Anand Prakash Jain’s story “Aate Ke Sipahi” was staged on the fifth day at the Children’s Utsav 2022 of the Hindi Academy in Delhi. The theatrical adaptation of this story was made by director Naveen Diwakar. Naveen Diwakar and assistant director Sapna Mishra trained the children in staging “Aate Ke Sipahi” for a month continuously.

There is a moment of freedom of movement in the play. The general public and some political people are also in prison. But the poor have no bread to eat and those who are leaders play chess, then they also make pieces of bread. So the point is that today the main job in society is done by the poor, the common people but they have no name anywhere and whoever is a leader or any influential or rich person, then there is only their first name. .

The play contains an anecdote of Bareilly during the non-cooperation movement before independence. It has been shown that by Gandhiji’s call, that children and the elderly from all corners of the country are involved in the non-cooperation movement against the British. In Bareilly too, a large number of agitated people are being held by English police. From the common man to the special man they were involved in this movement.

The policy of discrimination is also visible here. Poor workers, including the vegetable seller, sweeper, laundress, shoemaker, detained by the police, are sent to prison. They are tortured. They work hard, they give very little even to eat. At the same time, special people (leaders and lawyers) are moving from another prison to Bareilly. 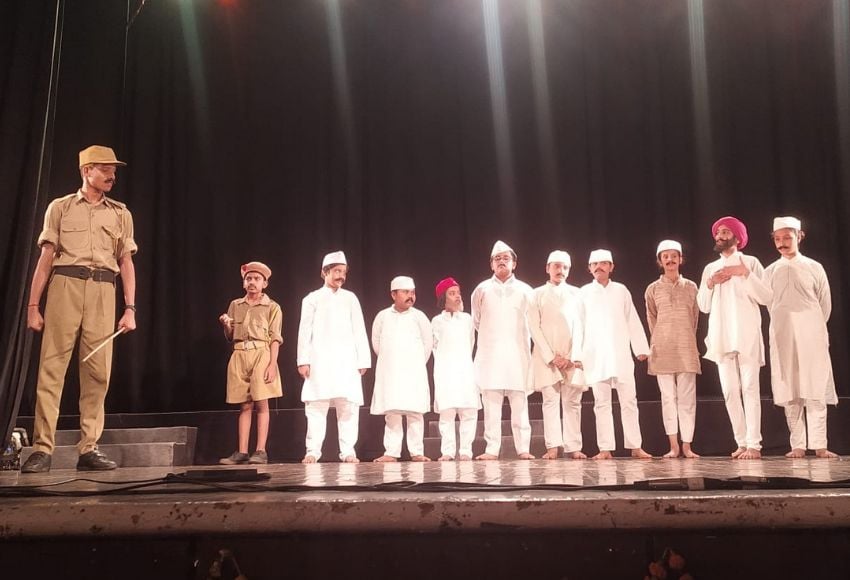 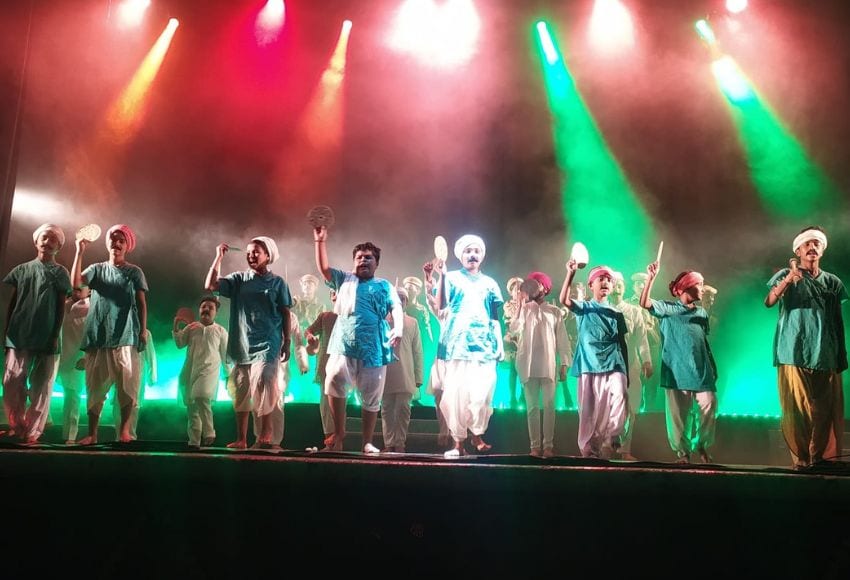 The disparity between ordinary people and special people who are in prison has been shown very well in the play. Through the work it has been shown that as leaders seek to work and are called builders of nations, and at the same time, the participation of ordinary people, roads, trains, industries, large buildings, etc., remaining in the head of nation building. It also lags behind. Just as officers take credit for any great achievement to the police and the common soldier remains anonymous even after sacrificing his life, in the same way the common man only gives his life in the jugaad of bread and flour and is called flour soldier. Battle of the common man and the special man
The struggle between the common man and the special man presented itself very well in the play. Leaders (special people) feel bored in prison and have nothing to do. At the same time, after working hard all day, ordinary people are playing the mud game of Tia Pancha. Special people start playing chess pawns like elephant, horse, vizier, emperor. But the jailer seizes them and forbids the use of the land. Now the problem of people comes that how to play chess now?

Ordinary people think that after soaking the dry roti, they miss it and start playing the gotiya done again. They see special people again and start playing pawns, and so on. But prison rats eat these flour pawns. Special people make pawns again, but again they are eaten by rats. This happens many times. Special people blame the theft of pawns on ordinary people. In the end, it is revealed that a man among the common people is not able to fill his stomach with the three rotis given in prison, he comes at night and eats pawns made of flour. The common man is surprised to know this truth.

Brilliant performance and direction
The children of the Royal Public School Center in the village of Badli represented the soldier of “Aate Ke Sipahi” in a very lively way. The troupe included 34 children in the 8- to 12-year-old age group. The hard work of the director who taught these little artists the tricks of acting in a very beautiful way is appreciable. All the children, including Vihani, Amanat, Tanmay, Hemant, Vedansh, Ayansh, Daisy, Yash and Vidushi performed well in the play. To make the play more appealing, the director used four songs. Due to the music and songs, the play managed to keep the audience hooked for a long time. For humor, the director invented some scenes in prison separate from the story, which were not part of the story. These scenes made the audience laugh. The play also features music by Naveen Diwakar and accompaniment by Sumit Sharma. The songs are a fusion of music, humor and performance, bringing the serious subject of the play to the audience in a very interesting way.