Addressing the workers, he said that we were trying to give some relief to the people. We provided free medical services, water and electricity in Delhi. We can do all this because we have put an end to corruption. We have not raised any taxes. I am calling on the central government to withdraw the VAT increase. Form your government in Himachal Pradesh. In return, we’ll give you inflation relief. (news continues, see next paragraph)
At the same time, he has said that AAP is spreading across the country. Many problems will arise. You don’t have to worry. We want you to form an honest government in Himachal Pradesh. Aam Aadmi Party Coordinator and Delhi Chief Minister Arvind Kejriwal greeted everyone on the occasion of the swearing-in ceremony of over 9,000 party office-bearers in Himachal Pradesh. (news continues, see next paragraph) 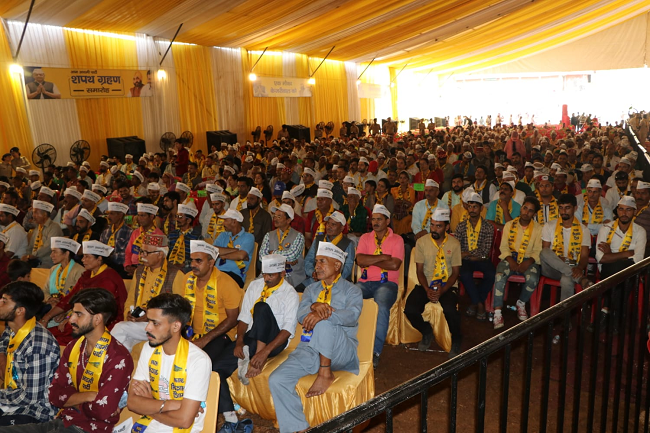 If you want corruption, riots, vote for other parties.
Arvind Kejriwal has appealed to the people of Himachal that if you want corruption, riots, vote for another party. If you want better education facilities, health along with honest politics then vote for Aam Aadmi Party. Aam Aadmi Party has done this development in Delhi in 5 years which Congress and BJP governments could not do in last 75 years. After Delhi, development has started after the formation of the Aam Aadmi Party government in Punjab. Electricity is provided free to all in Punjab from July 1 and by August 14, 75 Mohalla clinics will be ready. Where the people of the state will have better health facilities. Free education and health facilities will be available on the Delhi model if the AAP government is formed in Himachal Pradesh. (news continues, see next paragraph) 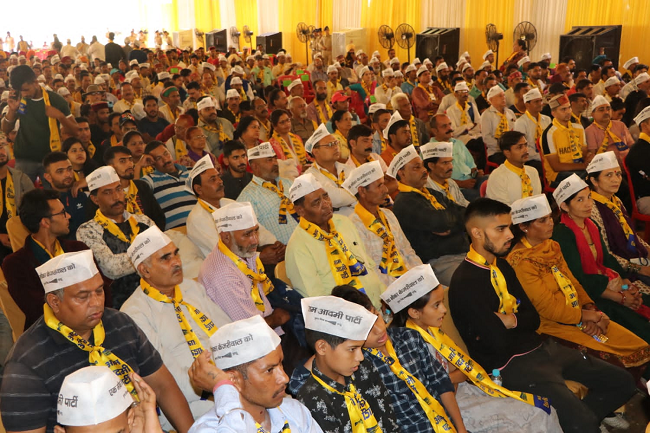 Honesty, patriotism and humanity are the principles of the party
Aam Aadmi Party convenor Arvind Kejriwal sent a message to over 9,000 office bearers of Himachal that there are three pillars of Aam Aadmi Party. That all party workers must follow with honesty. The first is honesty. All party members must work honestly. Dishonesty in the party is not tolerated at any cost. In Delhi and Punjab, government ministers tried to do corruption, so we sent them to jail. In this way, the party will not tolerate any kind of corruption. On the other hand, the Aam Aadmi Party is a staunch patriot. The party worker is ready to give his life for the country. The third principle of the party is humanity, that is, we must serve everyone. Be it any caste and religion, be it any political party, everyone should be served. In this way, Kejriwal gave a message to party office-bearers that they should aim to serve the people honestly without any selfishness and work to strengthen the organization. (news continues, see next paragraph)

Switch to Punjab after Delhi, now Himachal’s turn: Bhagwant Mann
Describing Himachal as the younger brother of Punjab, Punjab Chief Minister Bhagwant Mann said that we have a very deep and small relationship with Himachal. Himachal is like a second home to us. The Aam Aadmi Party has not come to do politics in Himachal, but has come to change the age-old politics of corruption. When the people of Delhi gave a chance to the Aam Aadmi Party, there was a rapid development when an honest government was formed. Seeing the Delhi model of development, the people of Punjab gave a chance and the development work on the Delhi model has also been started in Punjab. Now it’s Himachal’s turn, people of Himachal are also willing to give a chance to Aam Aadmi Party to improve education and health facilities. Bhagwant Mann said there is no high command culture in the Aam Aadmi Party. Here only the common man gets a chance to become MP and MLA. There are 82 MLAs in Punjab who have become MLAs for the first time. He is not from any political family but a common man who works honestly going among the public. (news continues, see next paragraph) 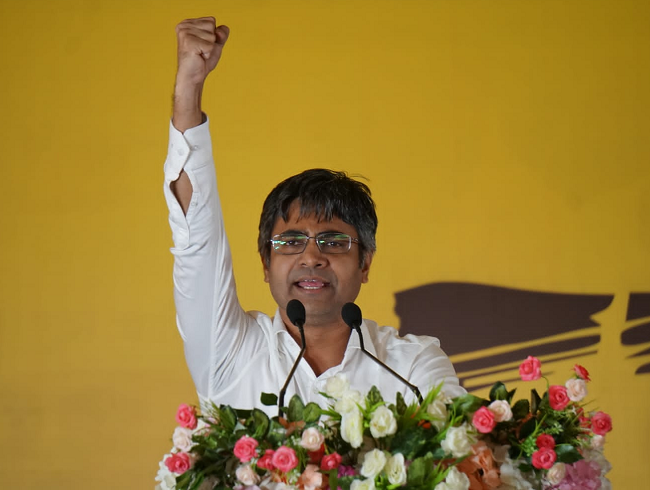 When Ego Comes, Everything Ends – Dr. Sandeep Pathak
AAP Rajya Sabha MP and Joint In-charge of Himachal, Dr Sandeep Pathak, before the swearing-in ceremony, while giving advice to all office bearers said, we have to bring together a change in Himachal , for which all the workers, the office will have to work day and night. You will gain position, prestige, honor and respect. But if the ego enters into someone, then he understands that his downfall begins. Therefore, while asking all the workers and office bearers, he said, “The struggle is long, but our efforts and the blessings of Mother Rani are with us, so our victory is certain and that is why we have to campaign for change succeed together.” (news continues, see next paragraph) 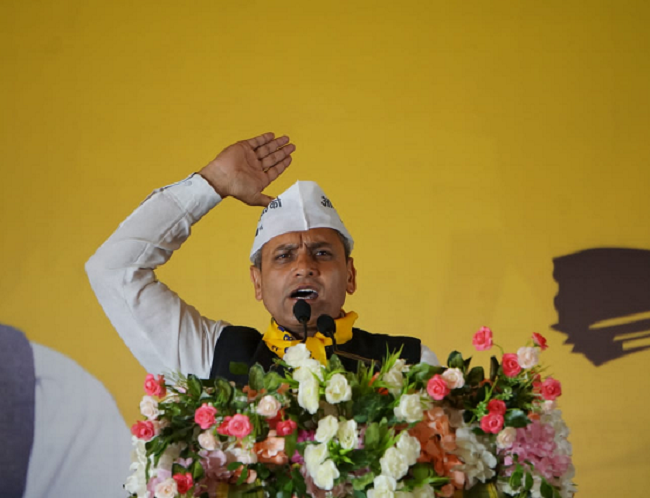 State President Surjit Thakur administered the oath
Aam Aadmi Party state president Surjit Thakur has administered oath to over 9,000 officials in Himachal Pradesh, from the state to the panchayat. During the oath ceremony, an oath was taken to serve the Devbhoomi Himachal Pradesh with body, mind, money, serve the public honestly without discrimination and work to strengthen the organization. More than 9,000 office bearers of Aam Aadmi Patr took oath today at the swearing in ceremony held at Thodo Ground in Solan. 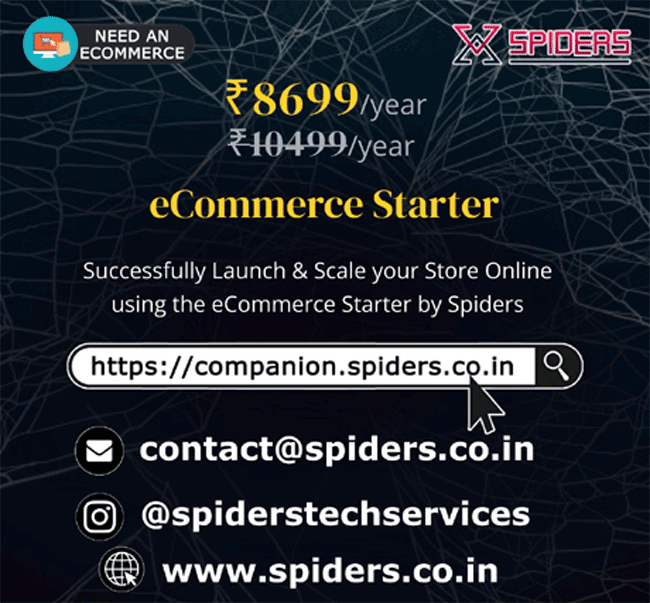 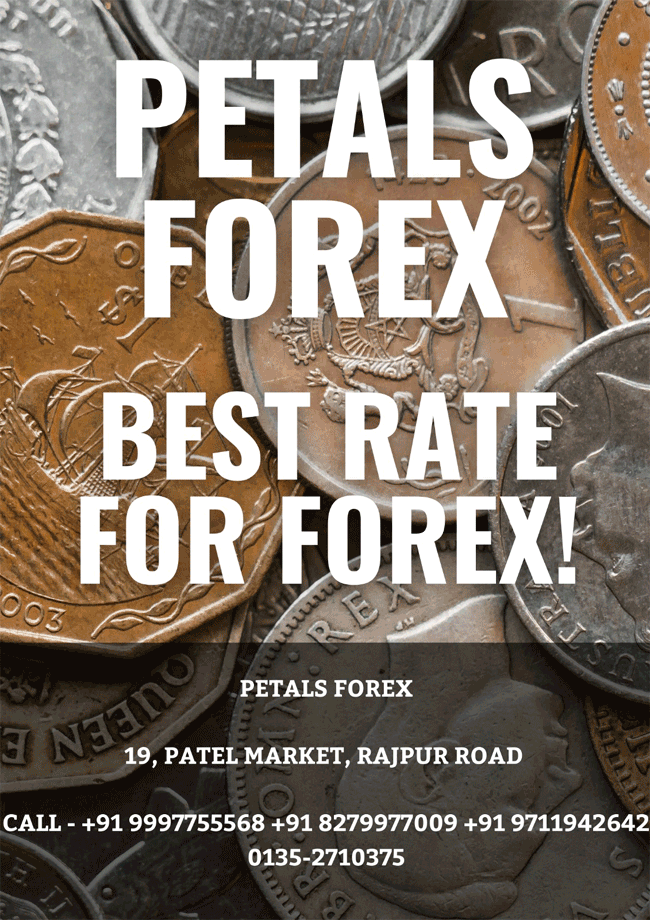 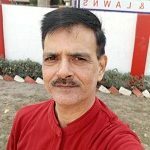 Loksakshya portal is running with the help of readers. Articles and compositions are invited. It is a condition that the content submitted by you is not already involved in any social network. You can also do advertising and other financial support.
Whatsapp number -94102055165
email id-bhanubangwal@gmail.com
Bhanu Bangwal, Dehradun, Uttarakhand.